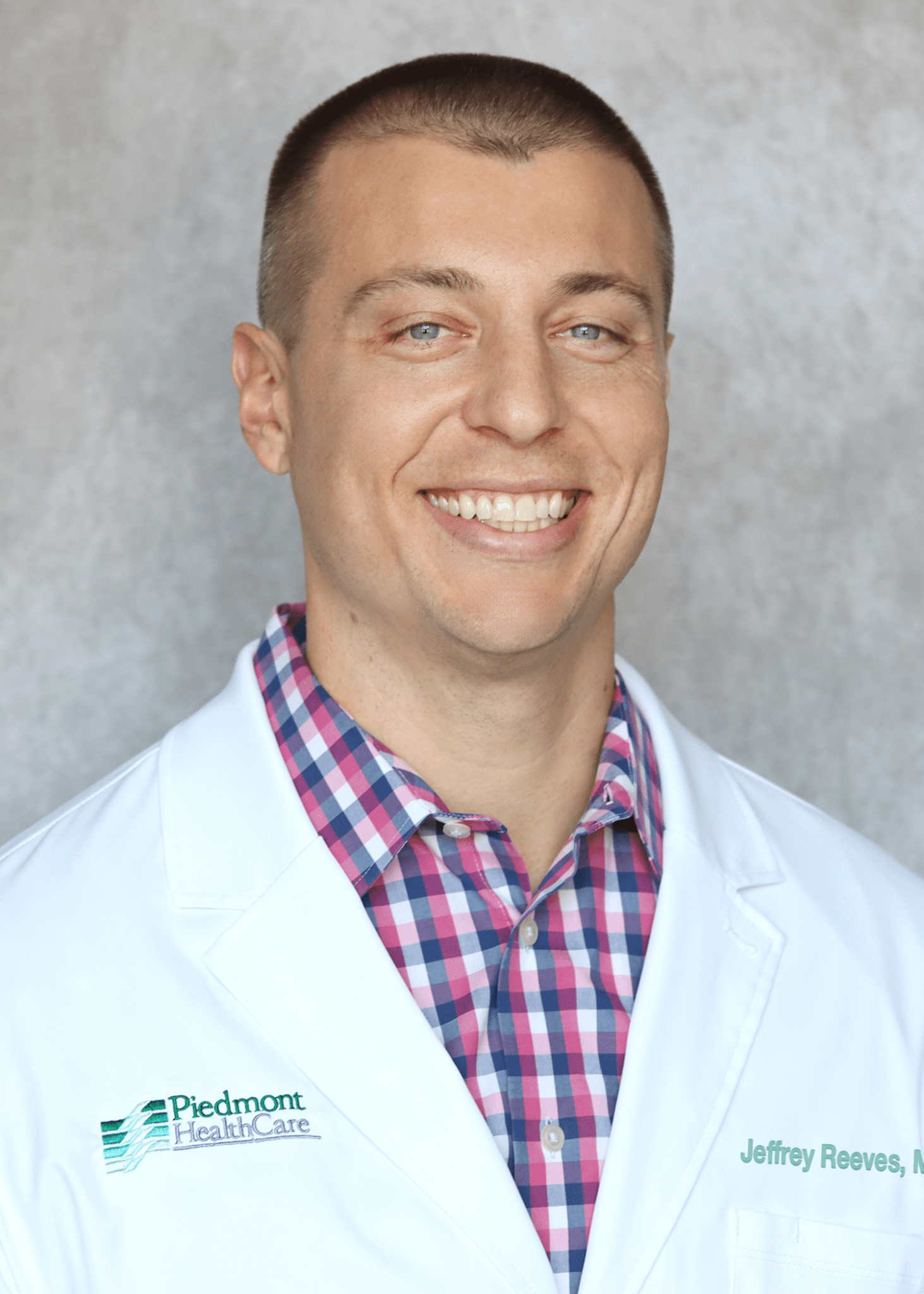 Born and raised in Dayton, Ohio, Dr. Reeves completed his undergraduate education at The Ohio State University with a Bachelor of Science in Biology. He then completed his medical school training and orthopedic surgery residency at Wright State University, Boonshoft School of Medicine. Following residency, Dr. Reeves sought out fellowship training in adult reconstruction, hip and knee replacements, in Fort Lauderdale, Florida at Holy Cross Hospital.  There he trained with world renowned mentors in robotic assisted knee and hip arthroplasty as well as anterior approach total hip arthroplasty.

“It’s an exciting time to be joining Piedmont Healthcare!” said Dr. Reeves.  “We have orthopedic specialists to take care of patients literally from head to toe.  I am excited to bring my expertise in hip and knee replacements, including revision work, to the Statesville and Mooresville communities.”

When he is not taking care of his patients in the clinic or the hospital, Dr. Reeves enjoys spending time outdoors with his wife and son (soon to be sons).  He also enjoys cooking and grilling, especially on game day Saturdays for the Ohio State Buckeyes or Sunday afternoons for the Cleveland Browns.

“I’m excited to get to work and start seeing patients,” said Dr. Reeves.  The team at Piedmont HealthCare welcomes Dr. Reeves and looks forward to all that can bring to this community.