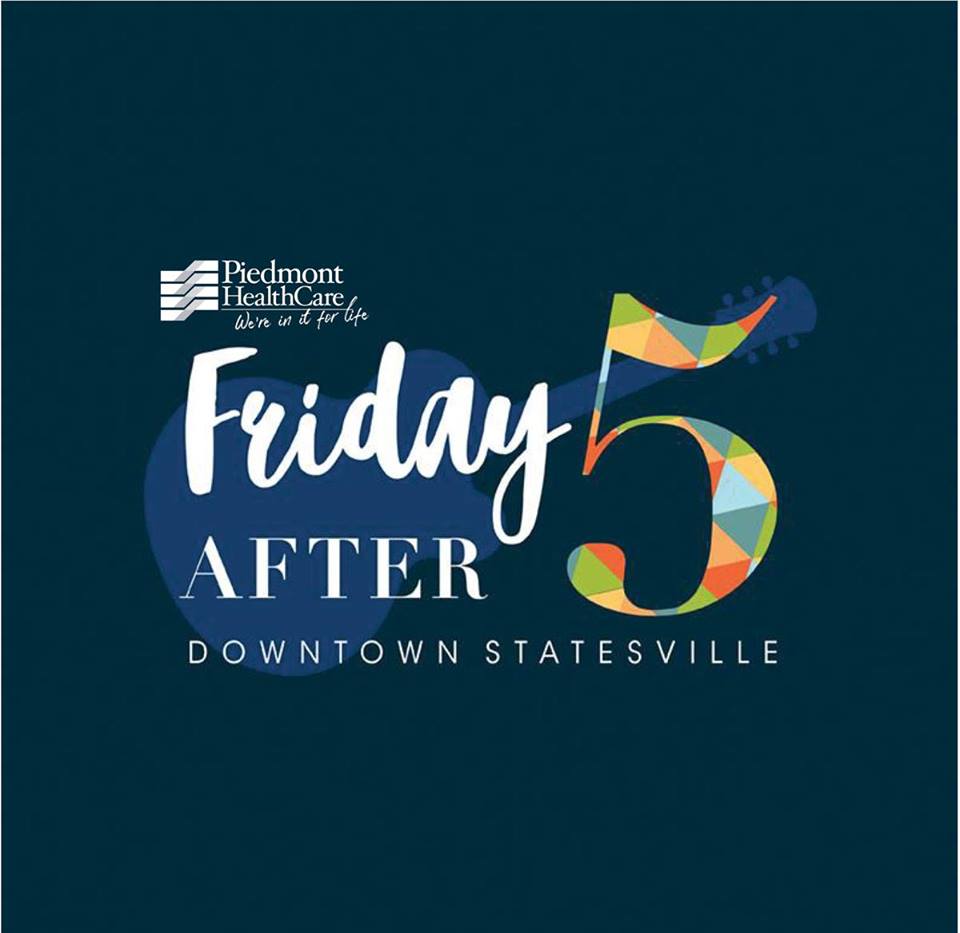 This concert series offers FREE entertainment to Statesville’s residents, neighbors and visitors in Downtown Statesville from May through September and features music of all styles and a different food truck at each concert! Whether you like Beach Music, Country, Blues, or Rock & Roll, you’ll hear something you’ll LOVE during the Piedmont HealthCare Friday After Five Summer Concert Series.

The concerts are held in Downtown Statesville on West Broad Street in front of Mitchell Community College from 5:30–8:30 pm. Beer, wine, soft drinks and food will be available for purchase. Bring your chairs and enjoy a night of music, but no pets, outside beverages, or coolers are allowed.

Parking is available throughout Downtown in our 9 public parking lots. Our partners at Mitchell Community College have also once again invited guests to park in their various lots surrounding the event. For public lot details, visit https://www.downtownstatesvillenc.org/maps-directions/