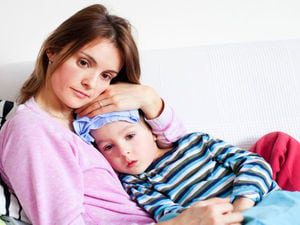 Neuroblastoma is diagnosed at a median age of 17.3 months. Treatment advances have prolonged survival for many patients, the study authors said.

This study included 859 children younger than 18 who had been diagnosed with neuroblastoma at least five years earlier. Their median age at diagnosis was 0.8 years and they were followed for a median of 13.3 years.

The neuroblastoma survivors were compared with 872 siblings of childhood cancer survivors.

“These findings are novel because this is the first large study that could look at how neuroblastoma patients are doing in terms of psychological and educational outcomes. Before recent advances in treatment, this survivor population was much smaller and we were not able to analyze these sorts of long-term outcomes,” said study author Dr. Nina Kadan-Lottick, from Yale University School of Medicine.

The common treatments for neuroblastoma — vincristine, cisplatin and retinoic acid — were not associated with these problems. But survivors who developed chronic health conditions as a result of their cancer treatment were at increased risk for the mental health/behavioral issues, the researchers said.

The researchers also found that neuroblastoma survivors who developed mental health/behavioral problems tended to require special education services and to not go on to college.

The study results were published online June 11 in the journal Cancer.

“Our hope is that these findings will help inform strategies for early screening and intervention to identify those survivors at highest risk for developing psychological and educational impairment later on in life,” Kadan-Lottick said in a journal news release.

The U.S. National Cancer Institute has more on neuroblastoma.